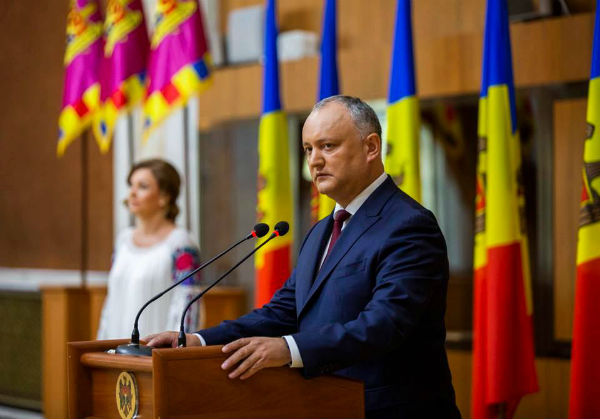 Igor Dodon recalled that on August 31, 1989, the Supreme Council of our Republic adopted the Law on the functioning of languages on the territory of Moldova. Thus, the Moldovan language - the property of our ancestors - was recognized as the state language in the country. Now the Moldovan language, which is the mother tongue for the overwhelming majority of the Moldovan citizens, has been introduced as a state language in the Constitution of the Republic of Moldova. This was one of the highest achievements in the of national revival process of the Moldovan people.

"The Moldovan language is our national property, regardless of our ethnic origin. It is very important that we preserve our language and especially its name, just as our language was called by our grandfathers and great-grandfathers, from generation to generation. It is extremely important to create conditions for all Moldovans to know the Moldovan language. I also want to remind you that there are representatives of many ethnic groups living in Moldova, whose native languages are Russian, Ukrainian, Gagauz, Bulgarian, Armenian, Polish, Yiddish and other languages. In this blossoming complexity of linguistic diversity is the strength and beauty of our society. Our task is to do everything to preserve all the languages and traditions on the territory of the Republic of Moldova. I sincerely wish all the people of Moldova peace, good health and prosperity," Igor Dodon stressed.